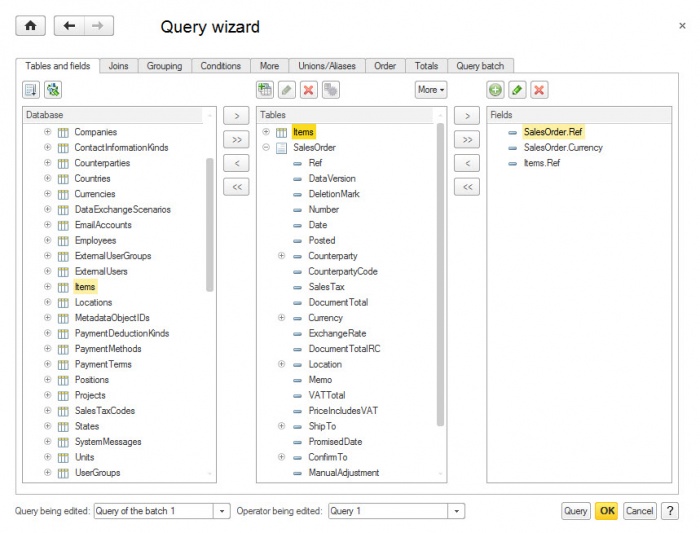 Most of the actions in the manageable mode are performed like in the «old» wizard. But there are a number of modifications. For example:

However, the biggest changes have been made with the tab Joins. Now the generation of joins is performed by dragging the one table on another.

The work of query builder we have implemented in non-modal mode. To do this, we have added to it a new method Show() which opens a non-modal blocking window. A result of «building» (query text) is passed by the platform to the procedure that is called after the close of builder. 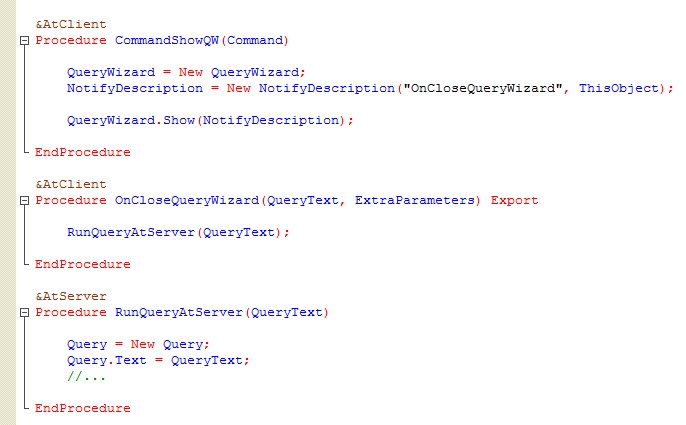 Object model of query scheme
Periodically it is necessary in the script to change the query text depending on different algorithmic conditions. Previously, a similar problem was solved by direct generation of required text as a string. And it is not always convenient and often very tedious.
Now we have implemented in the script an object model of query scheme. You can create an empty query scheme by the builder and load some existing query text. Thereafter, the individual elements of query text are available for you as the properties of object model.
Arrows in the figure below show in which script objects the certain elements of simple query loaded in the scheme will be available: 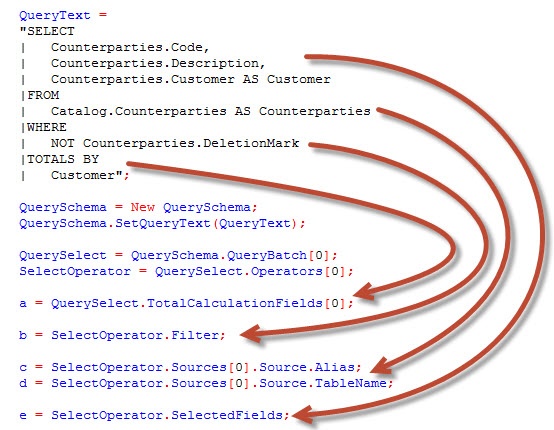 Editing query text using object model allows you to simpler and easier modify the existing queries. Or even create them in the script «from scratch». And then just get the finished query text from the scheme using the method GetQueryText().