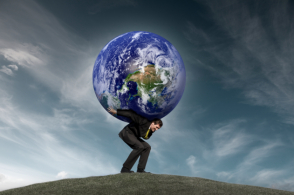 There is no hopeless projects. There are bad project managers. To whom I can related myself in case of this project. Overconfidence can be harmful, but for the project success it is required very often to take care about «politics», not only about technology. The article is written purely on my own mistakes, thereafter, it is more debatable then informational.

Lesson 1. Responsibility for project implementation lies only on the project manager from the customer side.

It is pretty hard to write about the failures. Especially with message that «failures caused by customer» or «failures caused by executor» do not happen. Responsibility for project implementation lies only on the project manager from the customer side. It must be a person in the company at whom everyone will point a finger at the question «who does examine a question of deployment….?». Of course, the project manager from the customer side must also be present, but you must understand that this person has quite simple goals – sign the protocols and get money.
If a large company has invested a lot of money in the project, then you can be lucky and this man will have another goal to get «reference» from the project which he would be able to show the other customers. If the executor is not satisfied – it is required to change the executor company, of there is enough money for the project – it is required to achieve an increase of budget from the project sponsor or set the project limitations. I’m writing all of this because in my case I’m not trying to write «I was interfered with everyone», but rather understand well that if I made the right «political» decisions, the project could be saved.

Lesson 2. Never begin to manage the project which is «at the final stage»

Everything started rather banal – changing the job. A small trade company (5 large shops in Moscow). business area which has long been familiar to me. Everything seemed to be good, but one thing confused me during the interview – I will have to engage in the project which is already at the final stage. So, the best that can be said in this situation – never start to manage the project which is «at the final stage». Of course, I was not so naive to not understand this, but I was too self-confident, because I did not lose the developer skills and the amount of work to be performed did not seem so large for me; in extreme case, if desired, I can manage with my own efforts. The logic is simple here: connect to the development with 100% is equal to 2-3 average developers from franchisees (I think it is not a revelation for anyone what is an average level of developer in franchisee, I’m not trying somehow to «raise my abilities»). Now, if I will be pressed too much, I can work up to 16 hours per day, respectively, multiply by 2. Already a good amount of resources is obtained, it is unlikely for this project to allocate much more. Given the face that all these resources are extremely coherent and do not spend time to interact with each other, without the need to manage, control, clear RS, a quite affective team is obtained. But as the practice showed, it is possible to fail ant project. Absolutely anyone.

Lesson 3. it is possible to fail any project. Absolutely anyone.

So, when entering the work, the surprises began. The corporate culture of the company has a very strange character, especially for small company. Addressing between employees was only «You», even inside department, and all in this style. Plus a terrible staff turnover. How does it affect the project? Very simple. there was not question of «project team» inside. I reacted calmly for daily reports – have already used. But I only used, of course, to report the results, rather than the actions.

Next, the most interesting – franchisee company (very large and well-known) was going to deploy a typical Trade 11 (at that time there were only the first releases – it was just released) without modifications. After all, 20 people worked in the warehouse, there were about 10-15 users. How they were not ashamed to write this - I do not know. In addition, they were going to deploy not from the beginning of the year and without data transfer – «stepwise» as they like to call it. This was of course a bit scared. The prospect of active participation in the development became almost inevitable.

Lesson 4. Before(!!!) starting to manage the existing project, it is required to examine the schedule of works for it, at least to make sure that it exist.

The first wish is to view the schedule of the project works. And it just was not there. But this is not the most interesting. There is no even a single task list supposed RS, supposed works, proposed blocks of works. Of all the documentation I could find only a few paid bills in which there were some works and the result of express investigation. In the express investigation, curiously enough, it was reflected quite a lot of interesting, so «typical Trade 11» did not agree with it at all. Next, I viewed the bills in which such points where included as «download weather from Internet», etc.

the next logical question was to find out what is the budget of entire project. But this is my question, the answer from the leaders was «the budget issues do not concern you». There was me another serious mistake to accept this: the questions of project budget always concern the project manager.

Lesson 6. The project must be managed from the executor side by people whose competence is beyond doubt.

Further the work has begun. Finally, I looked in the eyes of people who have done all of this. The first thing that was logical to do - stop the entire «development of complex analytical reports» until there will be the finished transfer from Trade 10.1 to Trade 11. It was not ashamed to answer to me that the transfer will be an «upgrade» Trade 10.1 in Trade 11. I said that I would like very much to see this… My joke was understood literally. it has taken a week with a half to fine out that it will be impossible to upgrade :). It was even better with transfer – they flatly refused to use data conversion. Or course, «this is your problem – I need a result». But I have already realized whom I was dealing with – just in case, specify that GUID must be saved in this case (everyone, I think, understand why, the transition from base to base «stepwise» in the middle of the year is a myth, even if it will be possible to transfer the operational accounting, bookkeeping will remain). Sooner or later, conversion will appear. Following these few illustrative examples of PM and TPM from the executor side, I finally stopped trusting. I tried to make decisions for the most part by myself. But not always it seemed to be easy. Try, for example, to explain the director what is GUID and why I need it from the executor, especially if it is amicably claimed there «with GUID it is still a week more», a paid week.

Later, I have entered the work and life began to improve: we introduced the system of task accounting, at least some. The task list of the project began to form in the first approximation, a constructive and fruitful work has started. I quietly wrote a draft for conversion from old system to the new one and back. And everything seemed to be good, but all launch dates have already passed, it was required to force the start, otherwise, the waste of money could really continue for a very long time. At this time, there were the attempts, though unsuccessful, to extend its own staff of developers. Therefore, it was clear that at the critical start moment it will be possible to count only on my own resources which are available now. A sensible idea was to carry out preliminary tests in which the employees saw the system for the first time in their life, after which the scale of disaster became clear and I had already to be involved in development.

Lesson 7. Do not overtime unless it is specified by the contract. This will not be appreciated in any case.

As always, the launch time came unexpectedly. My working day on launch day lasted 12 hours and then it did not become shorter… During 2 days I had to add in a hurry a double-sided exchange between two bases, configure equipment, fix errors, align remains; in general - do what you usually have to deal with. The only thing is that from that time I hade to find time to argue with executor, deliver job, attempt to explain what I need from them and why it was necessary «yesterday», and a lot of time to spend to explain the leaders that the executor is engaged in some strange things, but not in those that are needed. Thus, some working days continued for 16, 18 hours.

Freelancers started working in this project. I hardly managed to find good specialists who were made enormous amount of work for small amounts of money, franchisee cannot dream about it. Yes, it was risky, not reliably, but in a situation when you worry about the fact that day lasts only 24 hours – this was a life buoy. My working day started again approaching 8 hours.

After two or three weeks of work, hardly and with groaning, the company has moved to work with Trade 11. There certainly were still a bunch of unanswered questions, but they belonged already not to the current work, but rather to the interaction with accounting department and question of work optimization. We began to talk about the launch of 1C:Retail.

Lesson 8. Demand from the leaders a written confirmation of directives that seem to be absurd

finally, I managed to obtain from the leaders to schedule an appointment with the franchisee leaders to express them complaints and probably refuse their services (manpower as freelancers was already available). Apparently, the professional negotiators have come to the meeting and began to tell how they will deal with the problem, how much resources they are ready to allocate and how promptly they will respond to our requests (they forgot only to mention how much it will cost).

Of course, I do not believe in the miracles for a long time. I cannot be so that everything was bag and suddenly became good, but the leaders apparently believed and agreed with everything following which I farmed out all the current tasks to the franchisee and gave the users the contacts of their consultant. I have got from the leaders after a while the phrase «Oleg, we have just only talked and you decided everything».

Result: «a day of reckoning for my doings» has come

I was called to the leaders, moreover, to one of the company leaders who saw me the first time at all, asked me to make a report about the current and remaining tasks. I was glad that due to my efforts this information at least is available, that I already imagine close enough what work is still ahead. AS it turned out, the report was required only to say that «in this form it is not presented for the leaders».

Obviously, I was guilty in all troubles, I was guilty also in excess of the budget (about the size of which I finally got to know) and I did not quite understand at all what I was doing. My direct supervisor became suddenly busy and I, when I realized where the work goes, stopped to explain anything. I think, they would not fire me. But hardly there was a sense to try to do anything further