In this article we introduce the inner structure of the 1C:Enterprise 8 platform and the technologies used in its development.

1С:Enterprise 8 is a major application with over 10 mln lines of code written in C++ (client, server, etc.), JavaScript (web client), and recently added Java. Major projects are interesting due to a lot of reasons, their scale among others, because the issues that go unnoticed in a small code base are highly visible in large-scale initiatives. And, of course, it is always interesting to know how other teams and companies work.


Let’s get started. This article provides an overview of some technologies behind the platform and its landscape without going into too much detail regarding the implementation. A detailed implementation story of many technologies would take up a whole article, or even a book!

First of all, let’s define basic concepts, i.e. what 1C:Enterprise platform (or “Platform” for brevity) is and what components it includes. It is not so simple, because the term “Platform” may be used to define a business application development tool, as well as runtime or administration tools. Conventionally, the following components can be distinguished:

All of the above except for the web client are written with C++. Besides, there’s a recently announced Java-based new-generation Designer.

C++03 is used to develop native applications. Microsoft Visual C++ 12 (Windows XP compatible profile) is used to compile applications for Windows, gcc 4.8 — to compile apps for Linux and Android, and clang 5.0 — to compile applications for iOS. A standard STLPort library is used for all common operating systems and compilers. Such an approach reduces risks of errors specific to STL implementation. Currently, we are going to make a transition to the STL implementation provided with CLang, since STLPort stopped its development and is incompatible with the C++11 support mode enabled in gcc.

Server code bases have about 99% in common, client code bases — about 95%. Moreover, even the mobile platform uses the same C++ code as its non-mobile counterpart, even though the degree of unification is slightly lower.

Like most C++ users, we do not claim to use 100% of the language features and libraries. We hardly use Boost or dynamic type casting as far as language capabilities are concerned. On the other hand, we actively use:

The component model described below is enabled via multiple inheritance of interfaces (fully abstract classes).

To support the modular structure, the functionality is divided into components (dynamic libraries — *.dll for Windows and *.so for Linux). There are over 150 components, some of them are described below:

This multicomponent structure has the following advantages:

All the components required for a specific startup option are loaded at program startup. This is required for registering SCOM classes described below, among other things.

SCOM, which is similar to the ATL library, is used for a lower-level breakdown. The following list contains ATL’s main features and capabilities for those who are not familiar with the technology.

For example, you can describe a class for reading JSON (such as JSONStreamReader) in json.dll:

The classes, the instances of which can be created from other components, should be registered in the SCOM-machine:

This macro describes a special static registrar class, the constructor of which is called when a component is loaded into memory.

Then its instance can be created in a different component:

Both the business logic and the interface of 1C:Enterprise are implemented on the basis of the SCOM component model.

For the purpose of supporting the services, SCOM provides a complex additional infrastructure. It is centered around the idea of SCOM process, which serves as a container for running services (i.e. Service Locator) and stores the binding to localizable resources. A SCOM process is bound to an OS stream. This provides the option to get services inside applications as follows:

Moreover, you can switch logical (SCOM) processes bound to a stream to make several applications being executed within the stream virtually independent (from the application information space point of view). Our thin client has this structure: a single OS process encompasses two SCOM processes, one bound to a client, and another to the server. This approach ensures that the same code can be used for both a local file base and a “real” client/server system. This costs some extras but it’s well worth the effort.

Speaking of interfaces, we do not use the standard Windows controls, our controls are Windows API-based. An interlayer that works via the wxWidgets library has been created for the Linux version of the system.

The controls library is independent of other 1C:Enterprise components and is used in several other internal utilities.

The look of 1C:Enterprise controls varied over time, with just a single essential change in 2009 (release 8.2 with the new managed form concept). We decided to use the flow layout of controls instead of positioning them by pixels. Furthermore, instead of working directly with domain objects, the controls work with special DTOs (Data Transfer Objects) in the new model.

With these changes implemented we were able to develop a 1C:Enterprise web client that mimics C++ logics of controls in JavaScript. We try to make the web client equivalent to the thin client from the functional point of view. If this is not possible due to limitations of the available JavaScript APIs (manipulations with files are often very limited), we implement the required feature by using browser extensions written with C++. Currently we support Internet Explorer and Microsoft Edge (Windows), Google Chrome (Windows), Firefox (Windows and Linux) and Safari (MacOS).

In addition, a managed forms technology is used to develop the mobile apps interface on the 1C platform. We use the OS native technologies to render controls on mobile devices, while the same code as in the “major” 1C:Enterprise platform is used for interface response and form layout logic. 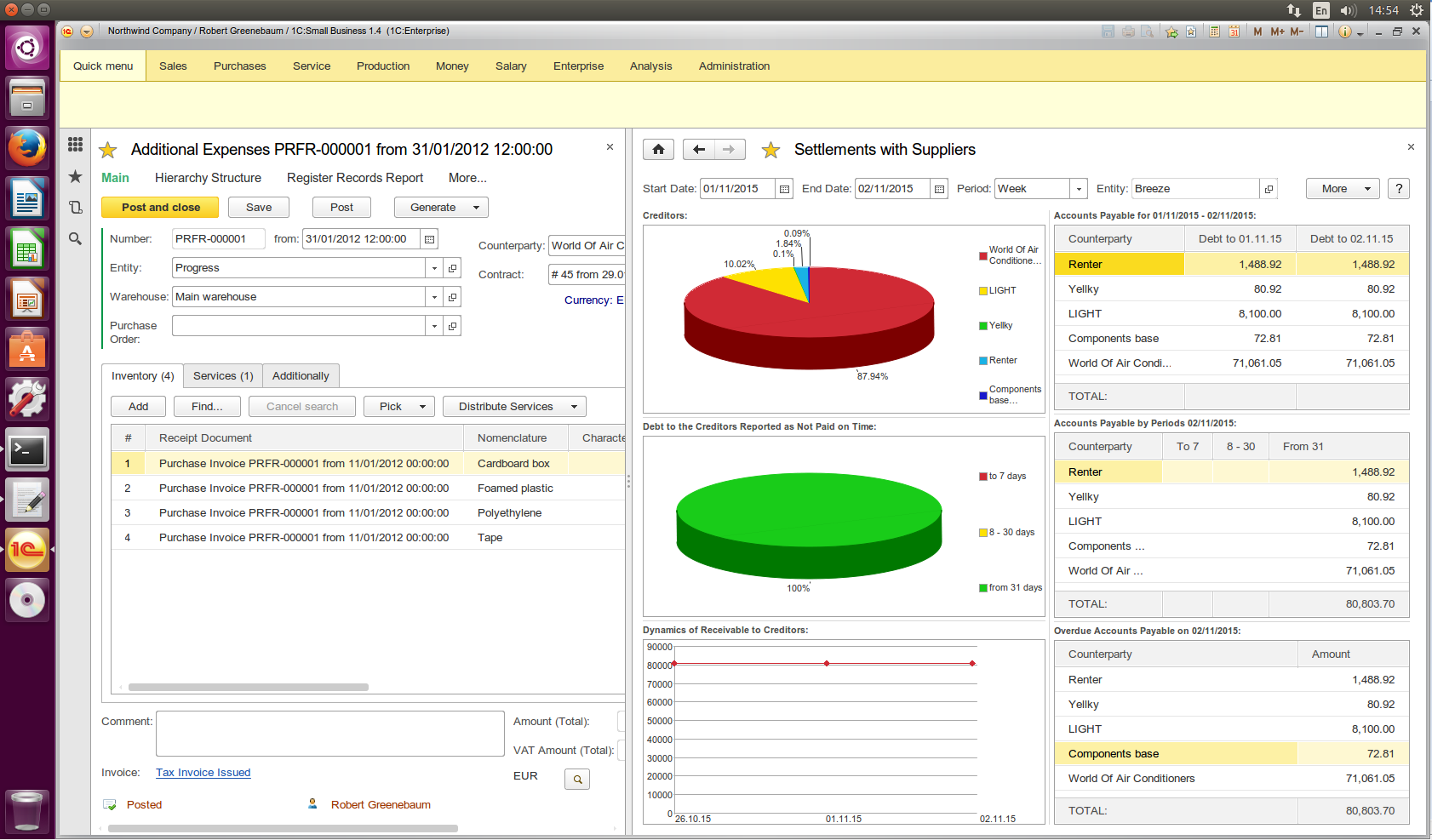 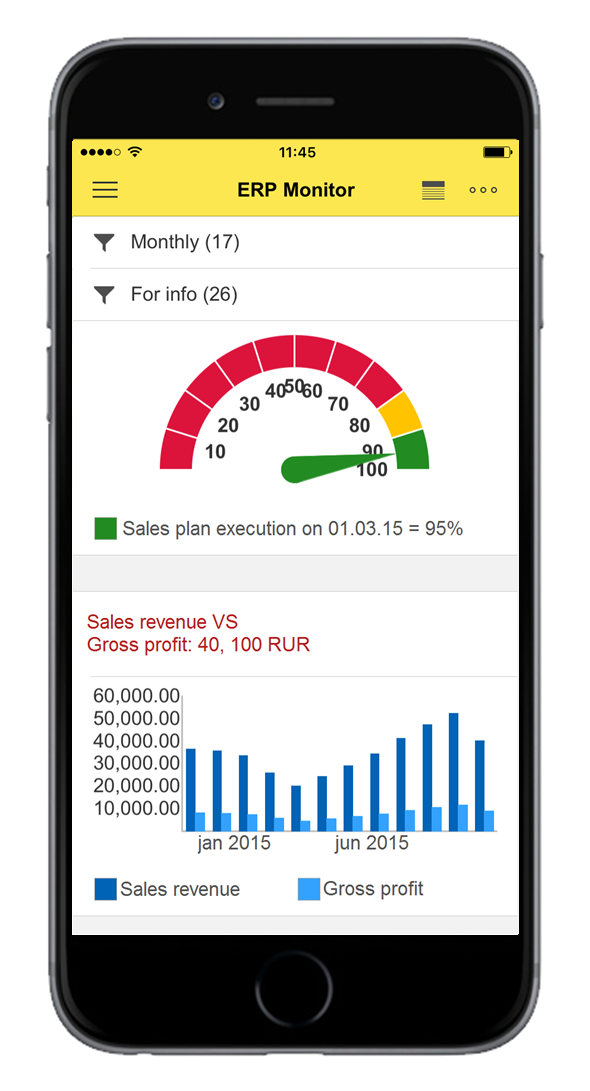 1С interface on a mobile device

1C interface on other platforms 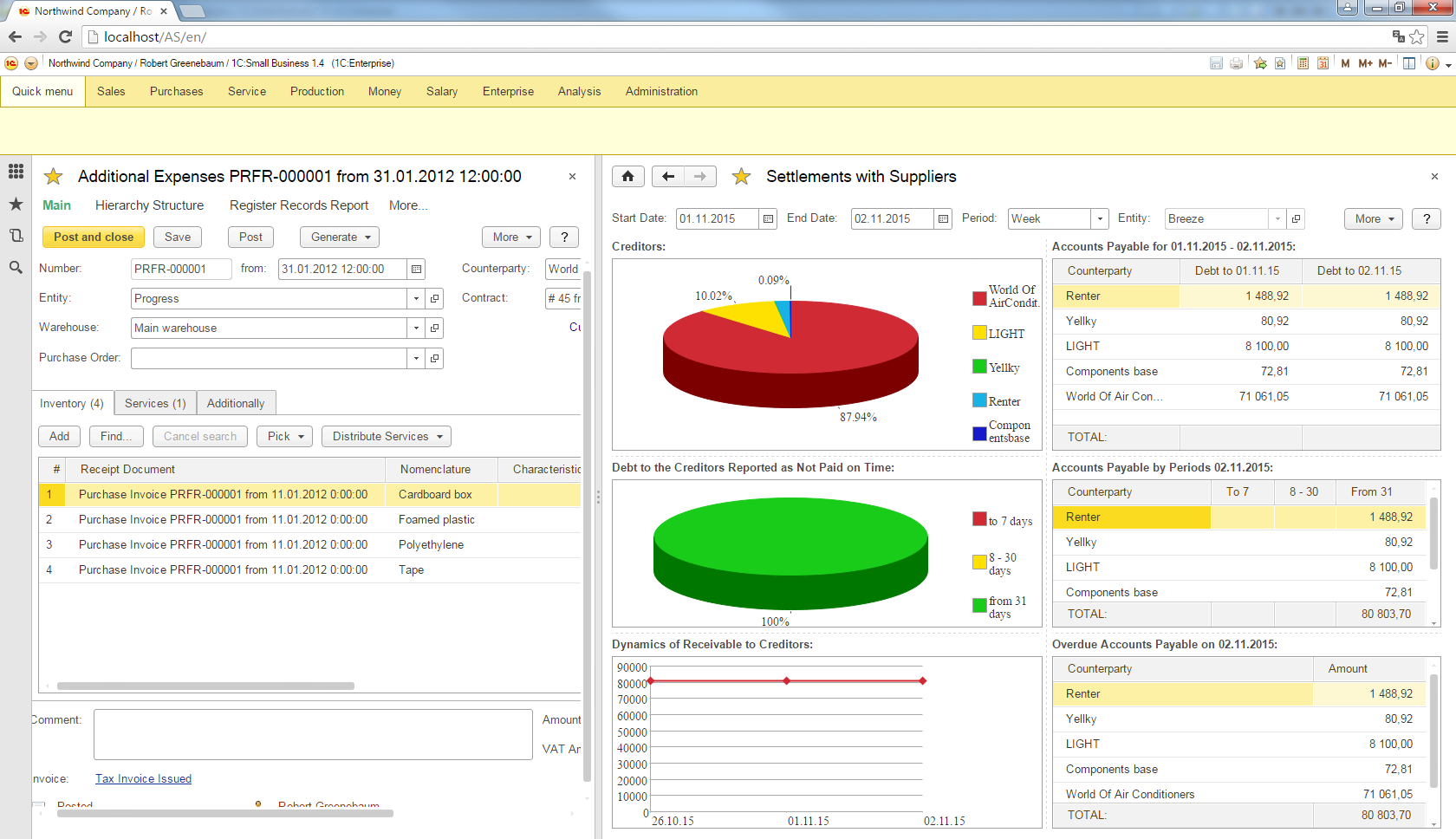 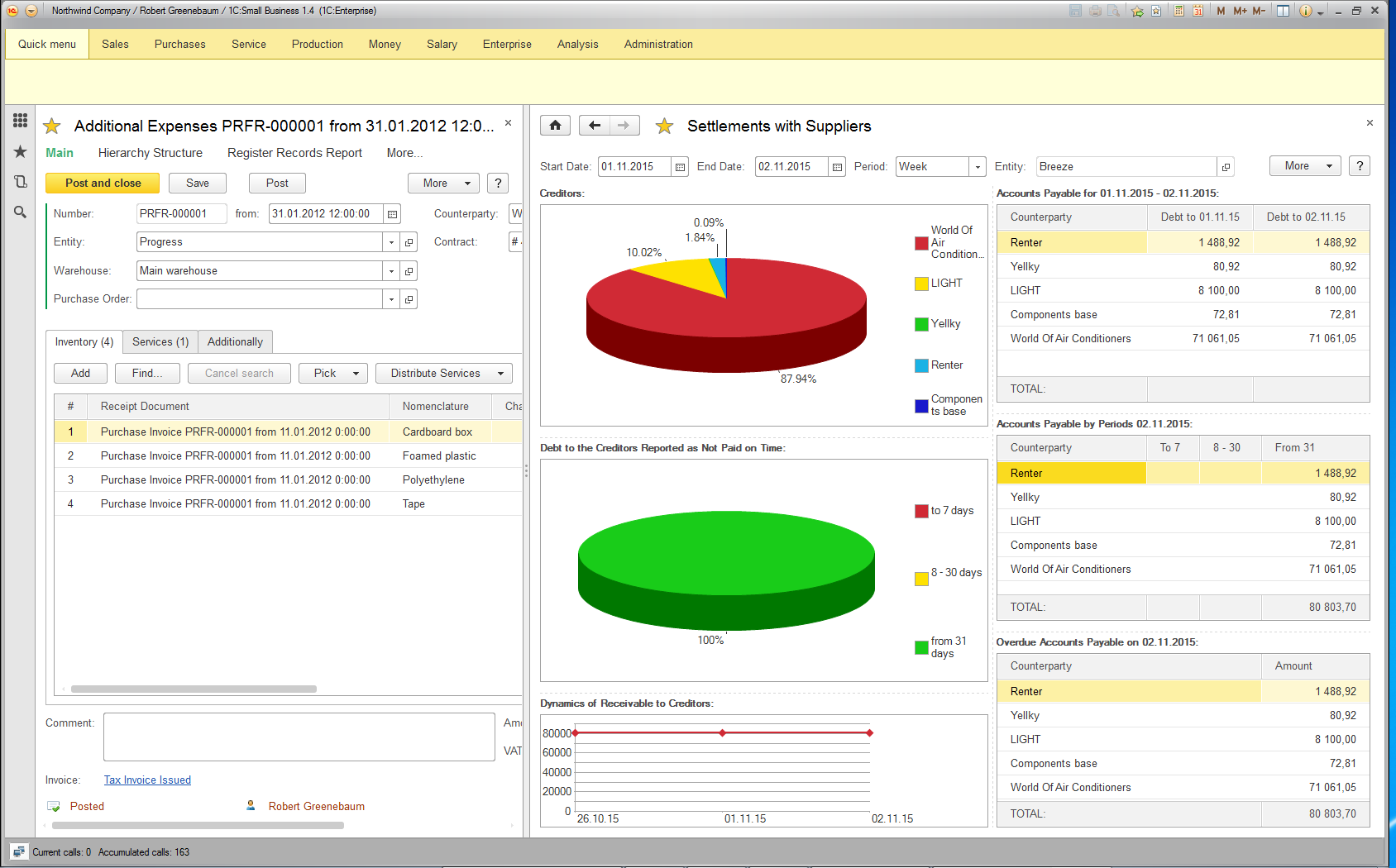 Even though we don’t use the standard C++ development libraries for Windows (MFC, WinAPI controls, etc.), we don’t code all the components on our own. We’ve already mentioned the library. We also use the following:

In addition, we use significantly modified versions of and to develop unit tests.

We had to adapt the libraries to make them compatible with the SCOM component layout model.

The wide use of the 1С platform turns out to be a great test of the libraries used in it. The diversity of users and scenarios ensures the quick detection of errors even in the least used pieces of code. We fix them and share the fixes with the authors of those libraries. Our cooperation experience varies greatly. For example, and developers respond to pull requests quickly, but to this day we are unable to submit a patch for .

We’ve touched upon several major aspects of the 1C:Enterprise platform development. However, this is just a small range of extremely interesting issues.