In this lesson we will discuss 1C:Enterprise features intended for automating complex periodic calculations.

Such calculations are most commonly used to calculate wages. Therefore, we will use the employee payroll at Jack of All Trades as an example for our discussion.

As a rule, employee wages are a function of many components (salary, bonuses, penalties, sick leaves, nonrecurring payments, and so on). Each of these components is calculated using some algorithm that is unique to this particular component.

For example, the penalty amount can be determined as a simple fixed amount, bonuses can be calculated as a percentage of salary, while salary might be calculated based on the number of working days in the month and the number of days the employee actually worked. Therefore, we will refer to each of these components as a calculation type.

An algorithm for each calculation type is generally based on two parameter types: a calculation period and some source data set.

Dependency by base period

As an example, consider bonuses calculated as a percentage of salary. When salary changes, a bonus requires recalculation based on the new salary amount. In other words, the modified salary amount serves as the base for bonus calculation.

For example, consider the accrual of bonuses for April. The bonus is calculated as 10% of the total calculated salary. So you need to analyze all the records affecting the accrual of salary for the base period you deal with, in this case for the month of April. 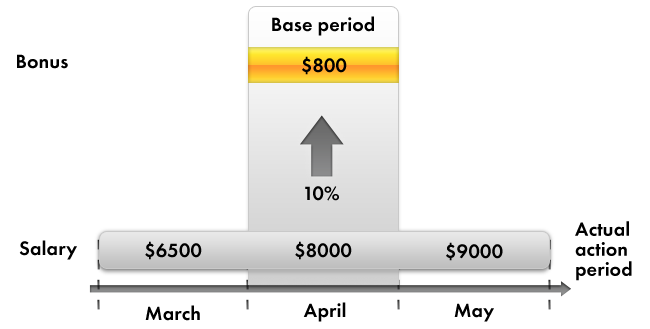 Fig. 17.1. Bonus dependency on salary by base period

As an example, consider salary calculation with absences taken into account. Suppose that you calculate an employee's salary for March. In this case the action period for the calculation is from 3/1/2014 to 3/31/2014.

Then a manager informs you that the employee was absent from the 1st to the 10th of March for some unknown reason. So you need to perform the Absence calculation, which might introduce some deductions from the payment.

But you also need to recalculate the employee's salary based on the fact that the actual Salary calculation period is now from 3/11/2014 to 3/31/2014.

We will refer to this influence as the displacement by action period.

Thus, based on the two types of mutual influence of calculations, one could come to a conclusion that in general there are three periods associated with each calculation type: action period, actual period, and base period.

As you see, the mutual influence of calculation types can vary greatly and can be multilayered, which complicates everything the most. In other words, one calculation type might influence another, which in turn affects a third one, and so on.

Within 1C:Enterprise this universal mechanism is implemented using charts of calculation types and calculation registers.

The first configuration object we will discuss during this lesson is the Chart of calculation types.