Subsystems serve as primary 1C:Enterprise interface building blocks. Hence, the first thing you do when you begin to develop a configuration is specifying a set of subsystems.

Developers face a crucial task at this stage: they have to think over the assortment of subsystems carefully and then link the configuration objects being created to the subsystems while paying attention to all the details.

You do not have to use subsystems in simple applications but we will consider a generic scenario that includes subsystems.

These objects are located in the Common object branch. You can create a tree-like structure that consists of subsystems and subordinate subsystems (fig. 2.1). 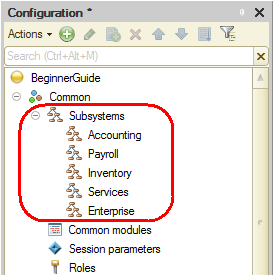 Fig. 2.1. Subsystem structure in a configuration

Each configuration object can be included in one or several subsystems. In other words, it will be available in each of the selected subsystems.

Looking ahead, we will mention that subsystems combined with visibility by roles allow developers to provide users with an easy-to-use and feature-rich interface free from any unnecessary items. For example, warehouse clerks need the ability to accept and issue products, but they have no need for anything related to accounting or service provisioning.

Hence, subsystems determine the applied solution structure, arrange the entire user interface, and enable sorting various documents, catalogs, and reports by logically related categories where users can find them easily. Note that users will only see the sections (i.e. applied solution features) that they need for their work.

Even for a small applied solution like yours you can define several functional components that represent distinct subject areas.

The production activities of the Jack of All Trades, Ltd. company can be divided into recording of materials and rendering of services, which gives you two more subsystems.

And the need to perform administrative database operations suggests adding another subsystem that will only be available to the administrator.

So you will need five Subsystem objects with the following names: Accounting, Payroll, Inventory, Services, and Enterprise.