The distributed infobase scenario is a form of universal data exchange.

However, this feature does not prevent you from managing exchange using 1C:Enterprise script tools as they are also available for distributed infobase operations.

The following example describes both exchange implementation methods in a distributed infobase scenario.

As we have already mentioned above, a distributed infobase should have a clearly defined tree structure. The number of levels in that structure is unlimited. An explicit master-subordinate relationship between each pair of linked nodes is required (fig. 24.18). 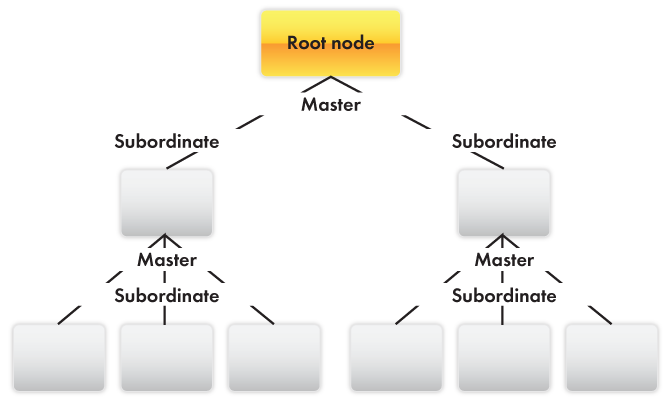 So, each node in that structure can have an unlimited number of subordinate nodes (or none at all). Additionally, each node except one should have a master node, and the root node is the only one with no master. This rigidly defined node structure is essential for specifying the migration pattern for data and configuration changes.

A configuration can only be changed in a node that has no master node (in the root node). Data changes can be made in any node.

Configuration changes are transferred down from the master node to subordinate ones. Data changes can be transferred between any linked nodes.

Creating an initial image is the recommended method of subordinate node creation in a distributed infobase.

The task at hand

As an example of distributed infobase operations, let us create several departments for Jack of All Trades.

To implement this scenario, a distributed infobase is a perfect fit. First let us set up data exchange with departments using exclusively interactive means.

All the distributed infobase data exchange activities that you performed manually in the previous part of the lesson can be programmed as well.

Let us create a data processor that performs all these operations for a specified node.

In conclusion, we need to point out that the distributed infobase feature includes software tools for reconfiguring the node structure.

The SetMasterNode() method of the ExchangePlansManager object is used for this purpose.

Suppose you need to move one of the subordinate nodes to the root (fig. 24.33). 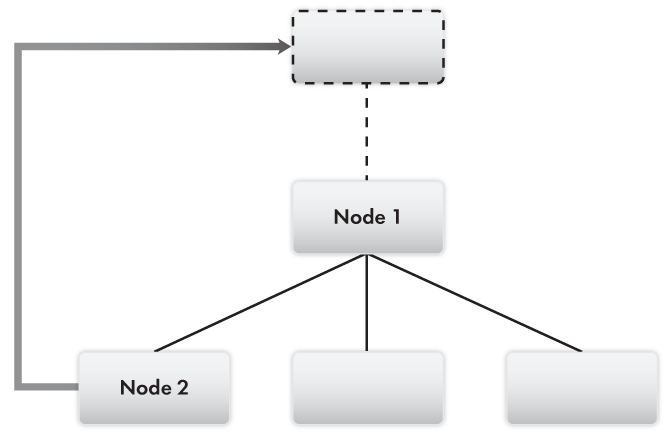 In a similar manner you can use the Undefined value of the method parameter to detach an individual infobase or a subtree from the tree structure (fig. 24.34, listing 24.35). 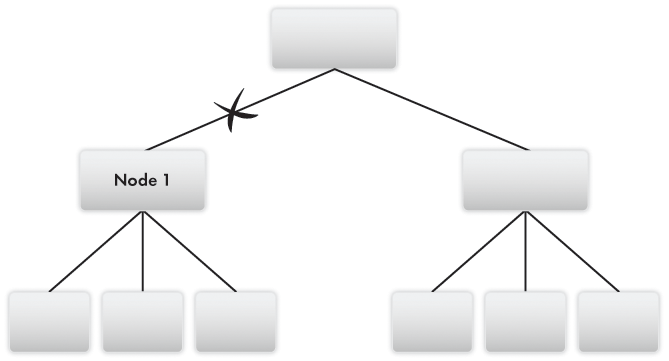 Fig. 24.34. Detaching a subtree from a distributed infobase

In addition, you can assemble a distributed infobase from individual infobases with identical configurations (fig. 24.35, listing 24.36). 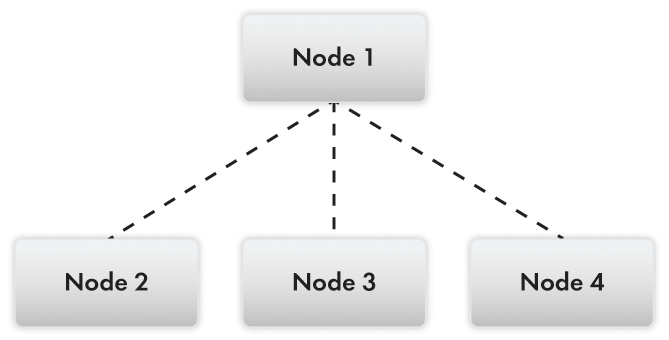 Listing 24.36. Assembling a distributed infobase from infobases with identical configurations

To set up a distributed infobase, you need to create another Exchange plan configuration object.

Let us create the department infobase.

Let us switch to the department infobase.

Then let us test the script-based exchange.

And now we will make a few final observations.

In a distributed infobase scenario four events become available for the ExchangePlanObject.<name>

You can use these events to manage sending and receiving data at the level of individual data items. They are called for each data item included in the message.

You can watch these events in action by adding the following script to the module of the Departments exchange plan object (listing 24.33).

Listing 24.33. Watching the execution of the ExchangePlanObject object events

The first parameter in all of these events is the data item for which the event is called.

The ItemToSend parameter defines which data is stored to the message. It can have one of the three values:

The ItemToReceive parameter defines whether the read data item is recorded to the database. It can have one of the three values:

Data receipt events also have a third Boolean parameter: SendBack. This parameter enables forced registration of changes for the received item in the target infobase.

You might need this feature if an inconsistency is detected in the data received from the source node (for example, an error occurred during data modification in the source node).

If this is the case, you can ignore the received change and set the SendBack flag to force recording the changes of the received data items for the source node in the target infobase.

After the subsequent exchange, the state of that data item in the source node is taken from the target infobase.

Let us prepare the department infobase for the exchange.

Let us enter the values required for data exchange.