Working on the global market we want our application to be multi-lingual. Sometimes we need to provide our foreign clients with the solution in their native language, sometimes we have an international team working with our system in several different languages concurrently. Let’s consider how we do that using 1C:Enterprise.

The most crucial resources (text strings) are those visible to a user. They marked in red in the table above. Now, let’s delve deeper into the topic.

1C source code is what a developer writes in various modules of an application. 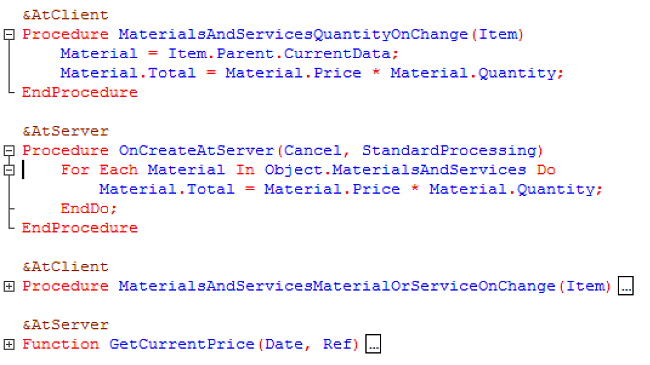 A developer can write source code in one of two languages: English or Russian. There is no need to switch between them - you just write the code you need in the language you want. You can even mix both languages within the same application (or within one procedure, for that matter) although we don’t recommend you to do that if you want you source code to be clean and easy-readable.

Note that there is no way to add another language to this list by any means.

The Platform language in the Designer mode

The Platform has plenty of text resources (words and phrases) hardcoded into it by the Platform developers. Everything you can see and cannot change in the Designer mode is shown in the current Platform language. Below is a couple of examples of the Platform resources (outlined with red). Resources outlined with green are the application resources, and their language can be changed by a developer. 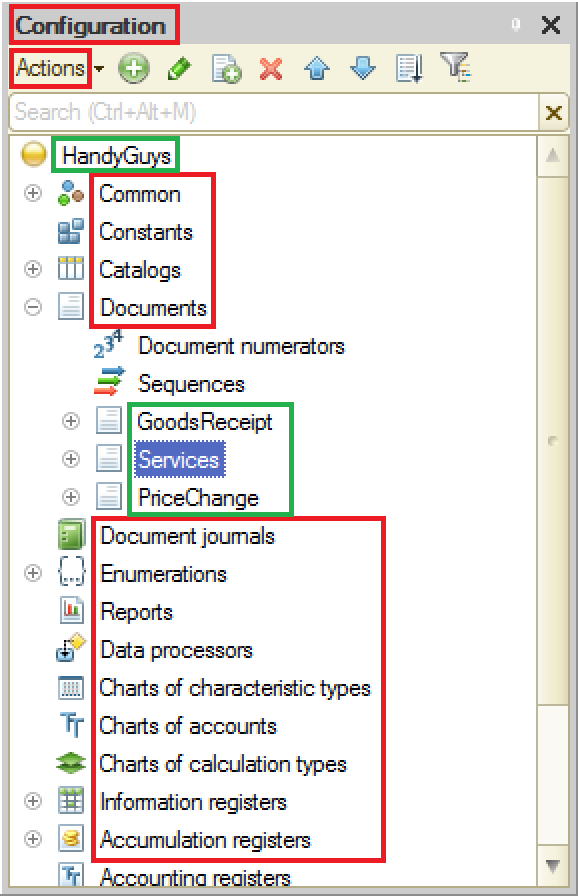 One more example of the Platform resources in an error message shown by the Designer:

The Platform language in the 1C:Enterprise (user) mode

The Platform speaks a lot in the User mode. 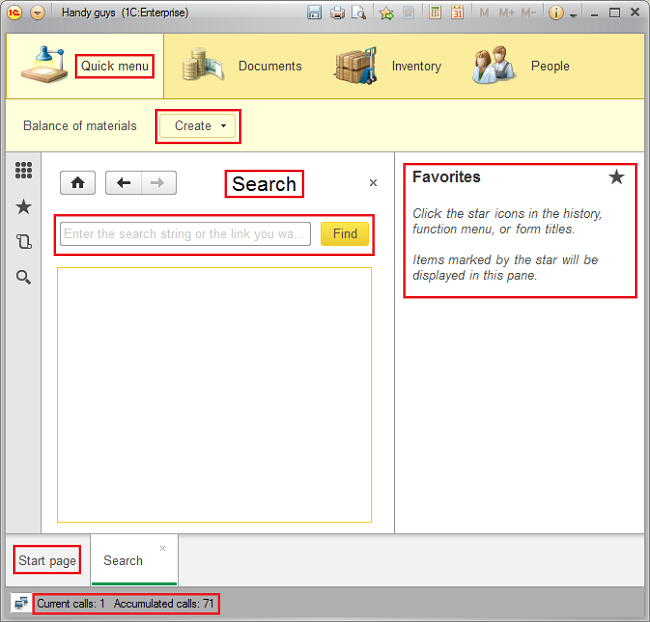 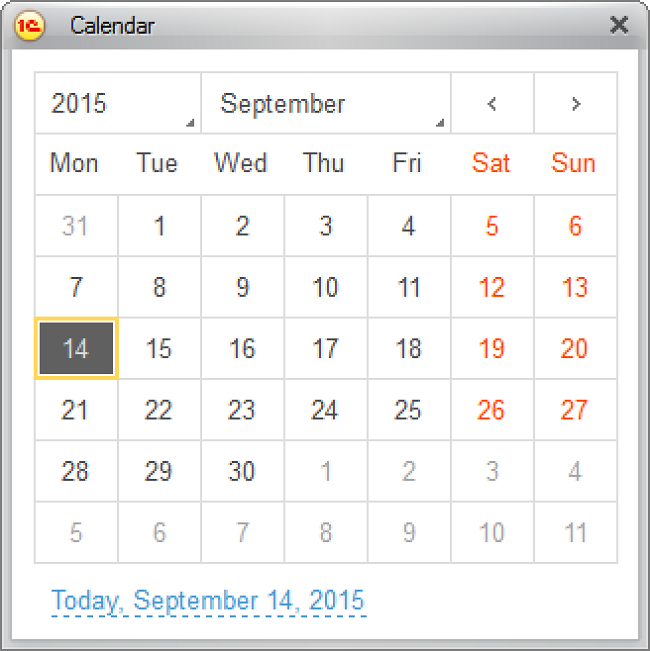 All of these are to be shown in the current Platform language.

Here is the complete list of all Platform languages available in version 8.3.5: 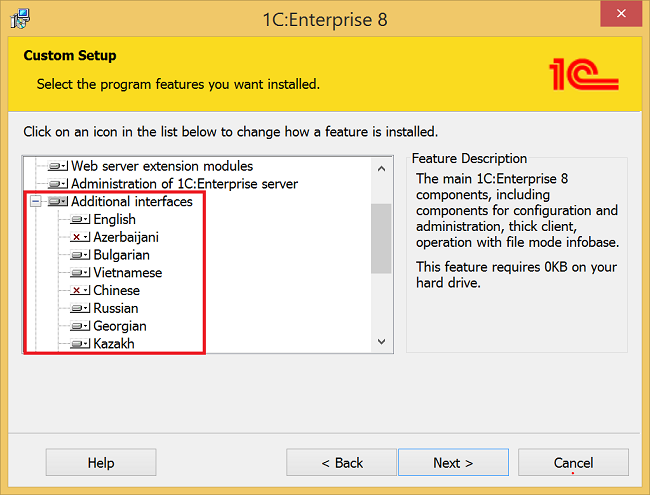 You also can install additional language later using the Change command in the list of installed programs in the Windows Control Panel. 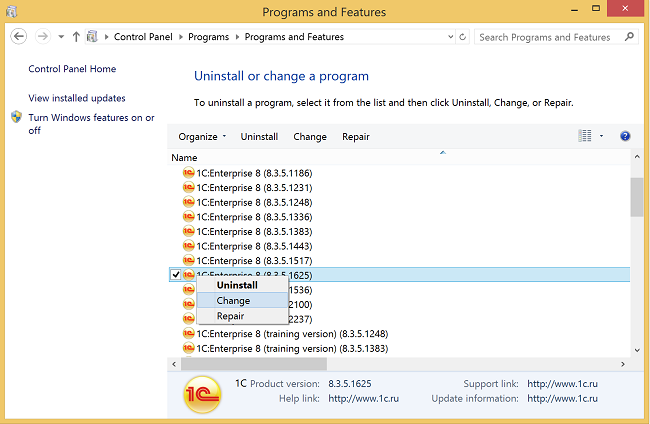 After the language is installed, you can tell the Platform to use it by specifying the command line parameter /L.

Let’s see how it works.