Command is a configuration object using which the developer can describe the actions intended to execute by the user.

There are the general commands – the commands that have no objective specificity or serve to execute the actions with the objects which do not use the standard commands. 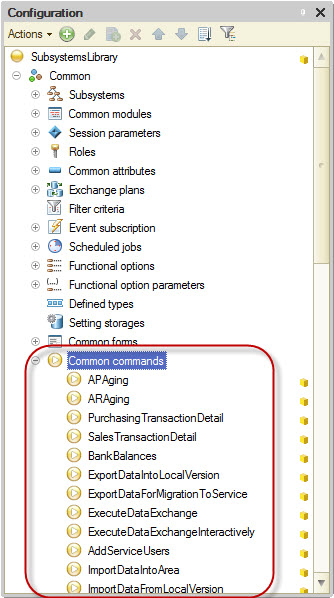 Also the commands can exist in the separate configuration objects. They serve to execute the operations associated with this object. 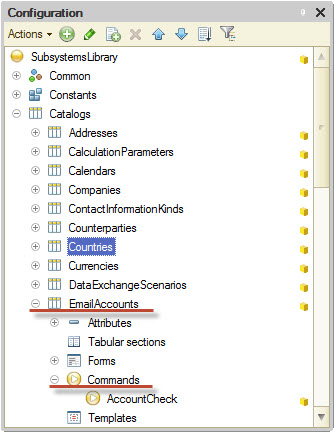 The commands can be parameterized, that is, they may use in their algorithm some value transmitted by the platform. The type of this value is specified in the Designer and this parameterized command is displayed only in those forms which have the attributes of the same type as the command parameter. 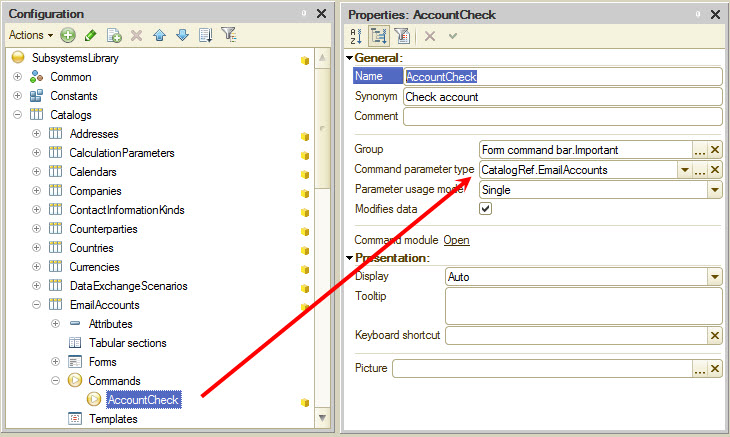 Command is an action which the user can perform in the program. All the commands can be classified in several ways.

In terms of how the command appeared in the configuration all the commands can be divided into: 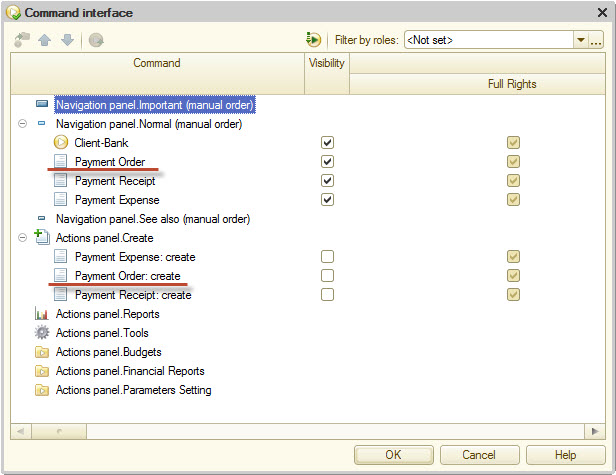 Navigation commands and commands of actions

In terms of what is the result of command execution, all the commands can be divided into:

The navigation commands open the forms in the current window. Usually, the transition to some lists is performed in such way.

For example, the navigation command Locations will open the list of warehouses. 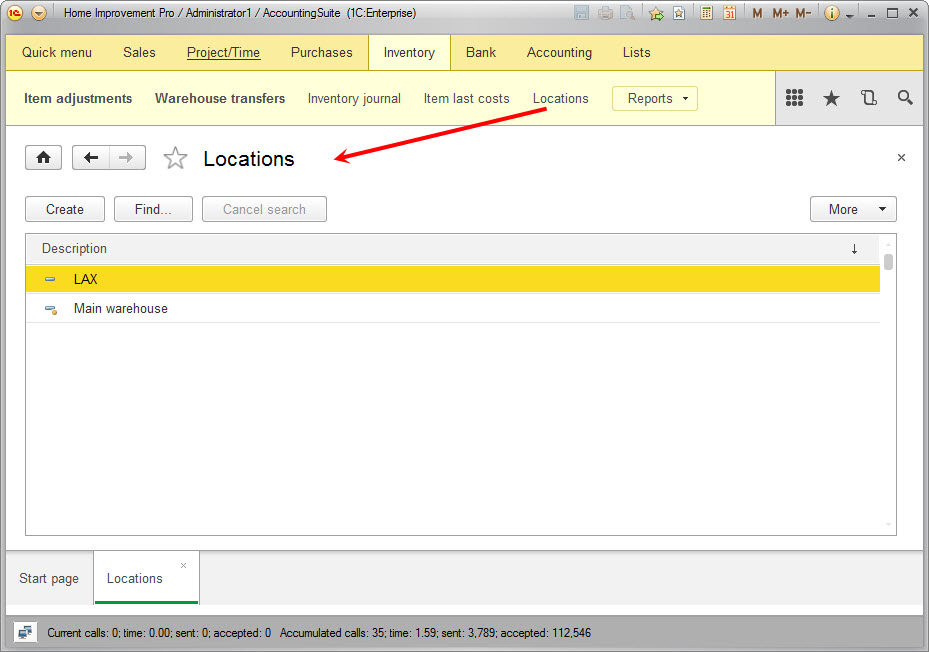 As a result of execution of the command of action, the subsidiary window is opened. Usually, the transition to the object form or the report/processor form is performed in such way.

For example, the action command Location will open a subsidiary window for editing the data of new warehouse. 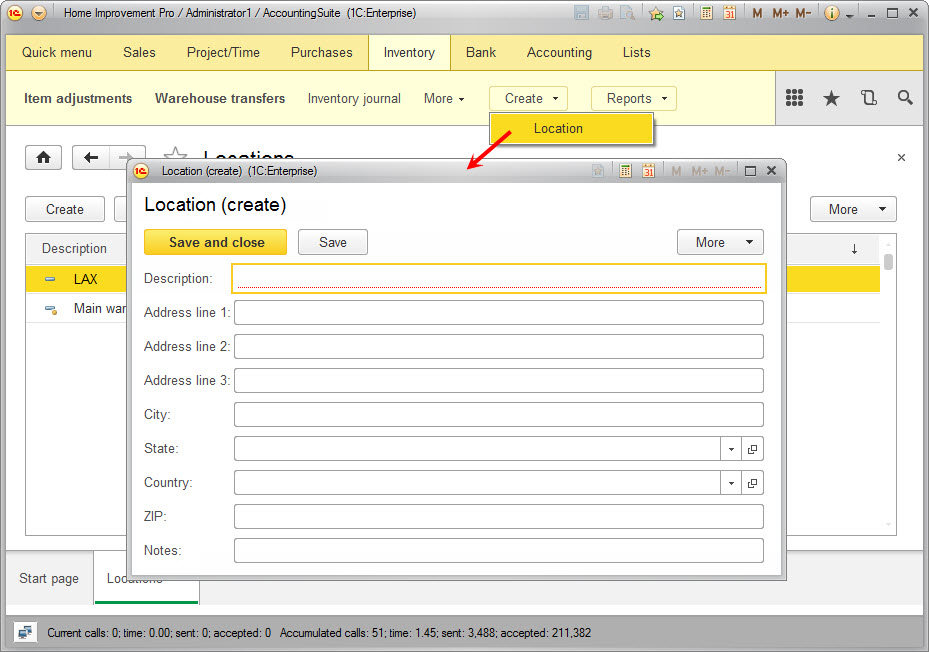 In terms of its internal organization, all the commands can be divided into:

To execute the independent commands, it is not required any additional information.

For example, independent command Credit memos does not require for its execution any additional information. It simply opens the list of all elements. 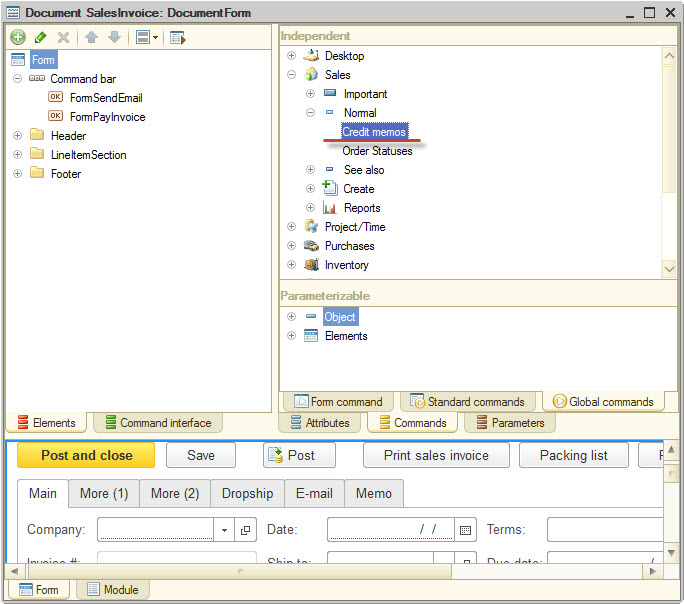 To execute the parameterized commands, it is required the additional information – the value of command parameter.

For example, parameterized command Exchanges rates(Object.Currency) opens a list of current exchange rates of some specific currency. Therefore, for its execution it is required to know the current currency of what exactly document to open. That is, the currency is a command parameter. 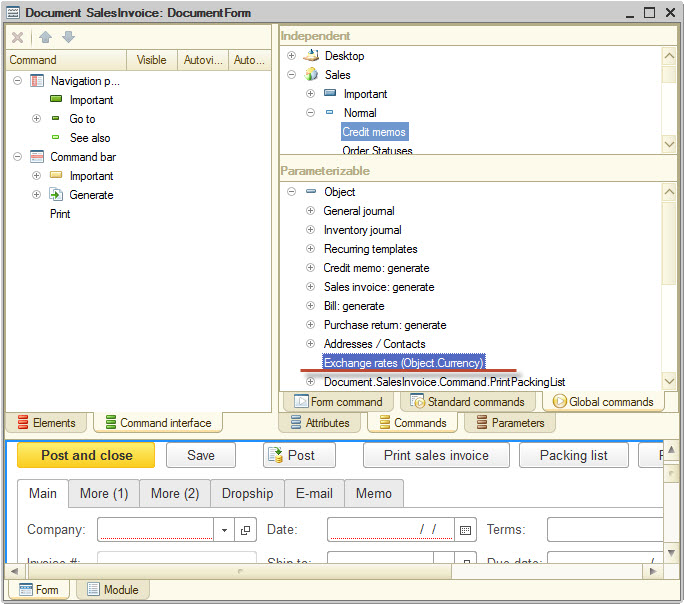 In terms of commands for some form, all the commands can be divided into:

The global commands are not the part of the form, they are supplied by the platform and can be included in this or other forms. In the form these commands are represented in two categories – independent and parameterized to make it easier to operate with them. 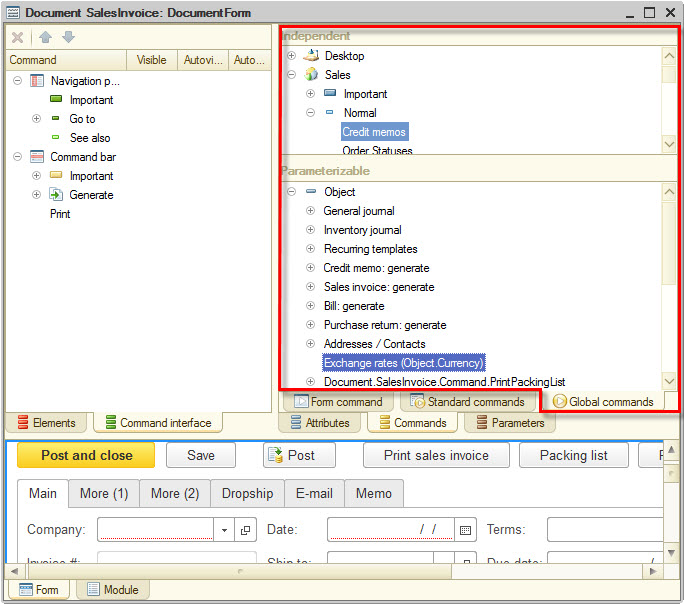 Local commands of the form

The local commands of the form are the part of the form itself and cannot be included in the other forms. The local forms are supplied by the form extension and their items as well as are created by the developer in the form. 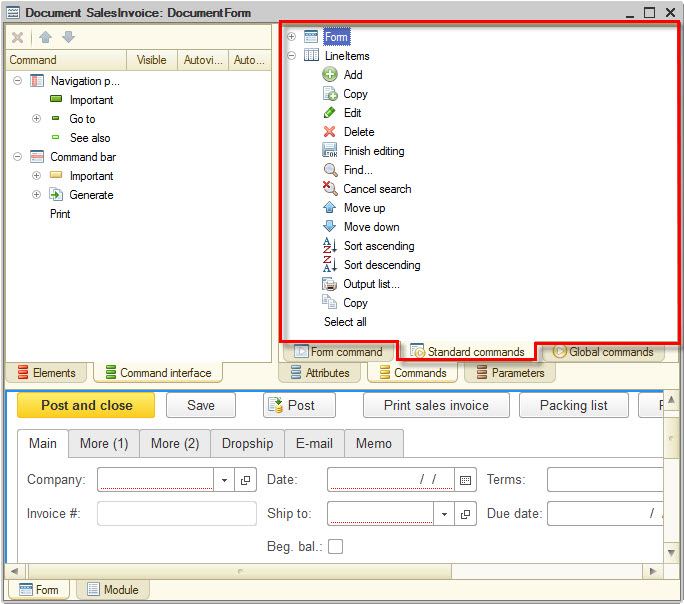