Configuration command interface designer is one of the development tools. It is intended to customize an order of sections in the panel of sections and to configure a visibility of sections for the different roles defined in the configuration. 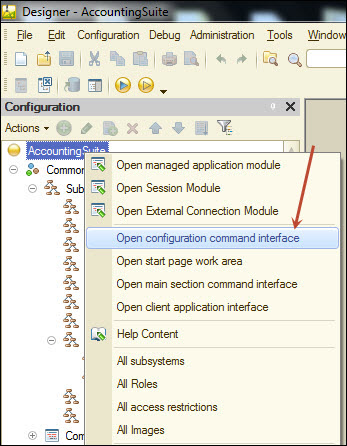 To change an order of sections, the command panel buttons or the context menu are used. If there are many subsystems and it is required to configure a visibility only for a few of them, then the subsystems can be selected according to the roles. For example, to show only those subsystems that are available for the role AccountingFull.

Given a large number of roles, it is possible to configure the composition of columns displayed in the designer. To do this, the standard list setup is used which is called using a command List options... from the context menu. 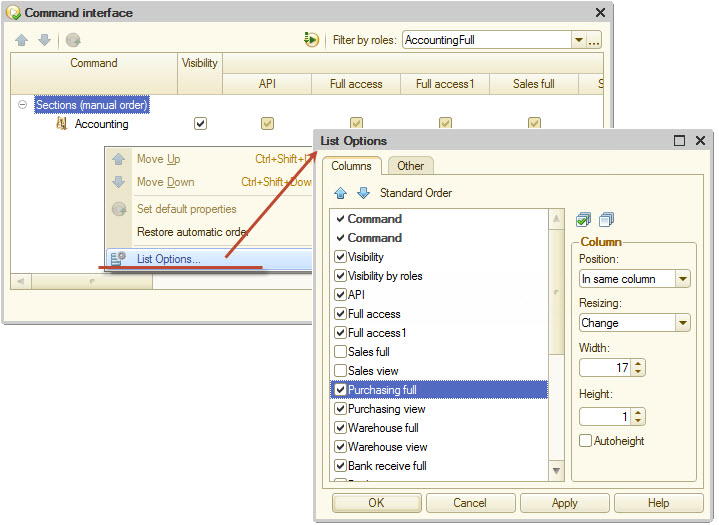