Language is one of the general configuration objects. The languages are intended to create the application solution interface in different languages.

Several different languages can be added to the configuration: 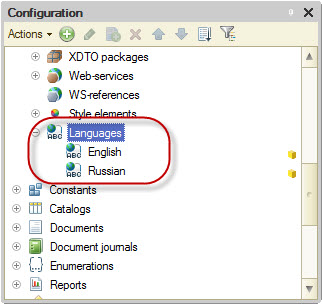 Since all the configuration and database texts are stored in the UNICODE format, the developer can indicate for the same caption the different versions of its representation in each of these languages. 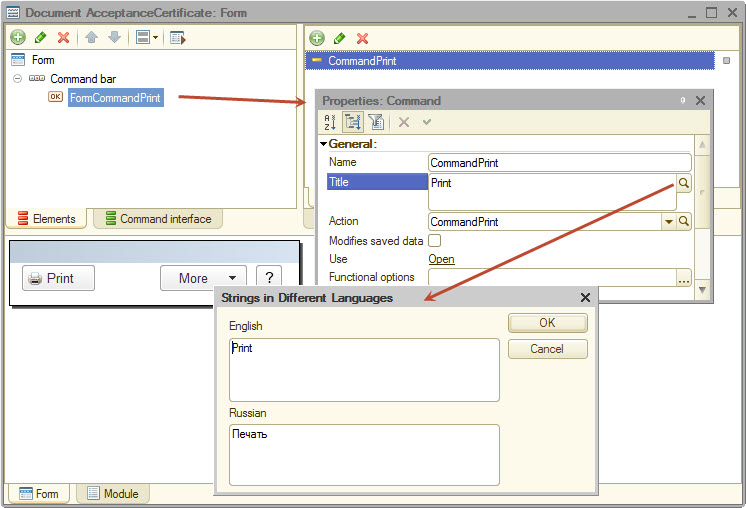 If the developer creates an application solution in several languages, he can switch from one language to another using the mouse. This ability is very convenient when developing the forms, because it allows quickly seeing the form appearance, for example, firstly in English language and then in Russian. 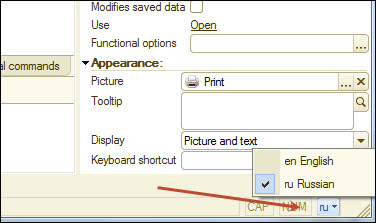