Roles are the general configuration objects . They are intended to implement the restrictions of access rights in the application solutions. The role in configuration may correspond to the positions and types of activities of different user groups for which operation this configuration is designed: 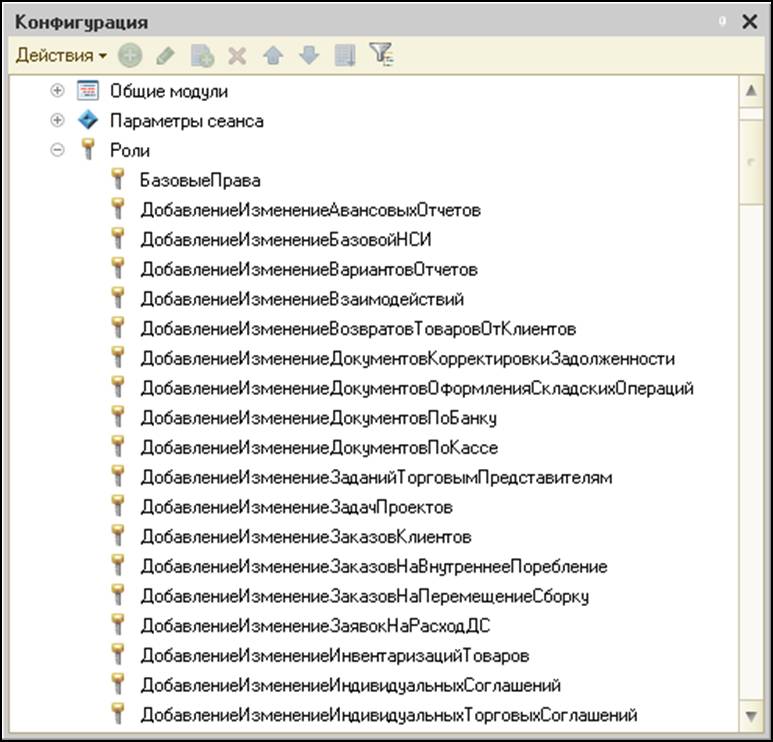 The role determines what actions and over which metadata objects will perform the user acting in that role: 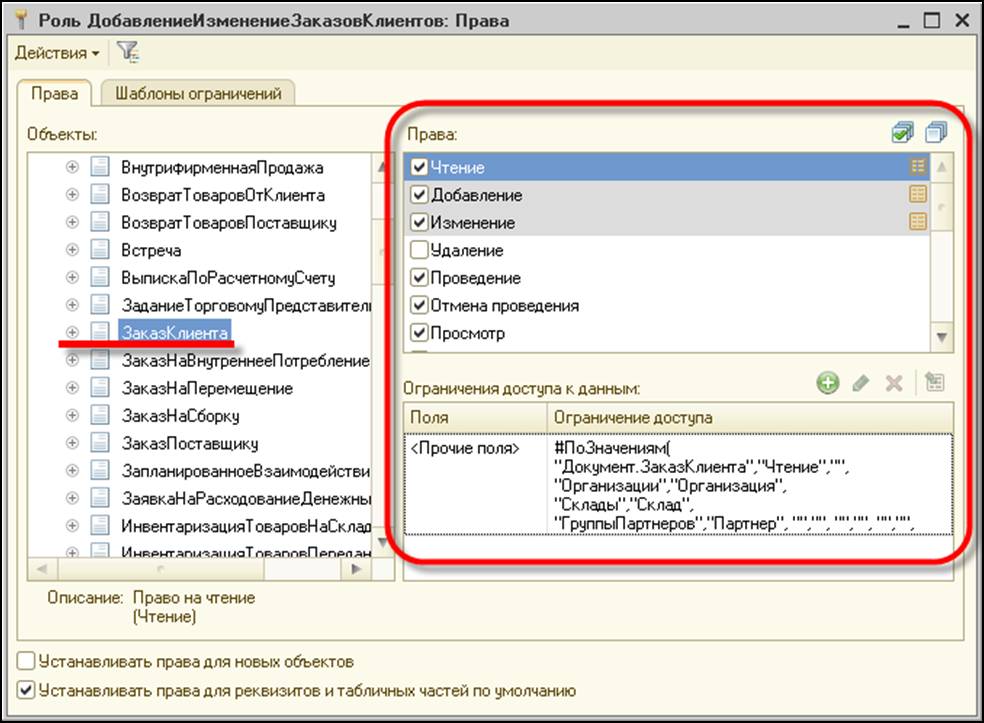 During conduction of application solution user list, for each user one or more roles are assigned. 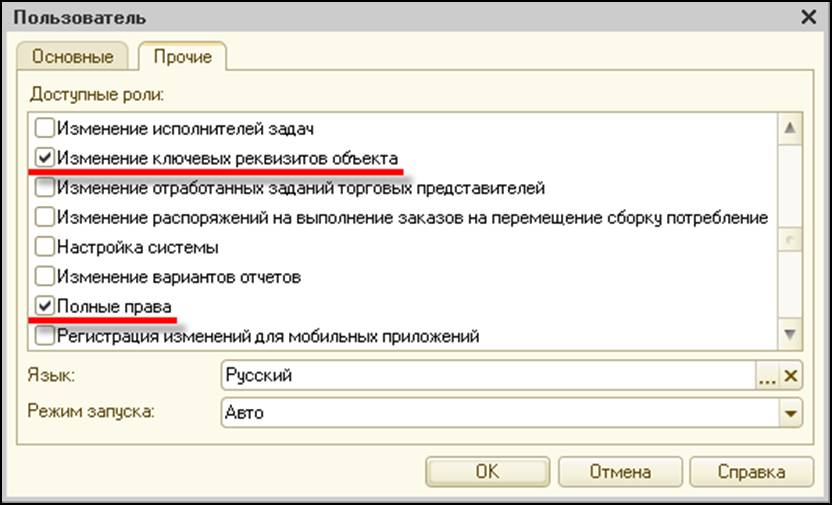 When the user attempts to perform the action for which he is not authorized, the action will not be performed and the system will display an alert window: 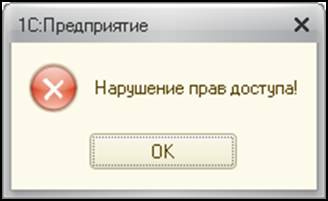 To edit the composition of roles, the platform contains two designers: