Form designer is used to create and edit the forms of application solution objects. The forms of objects are used by the system for visual data display during user work.

Any form is a composition of several components: 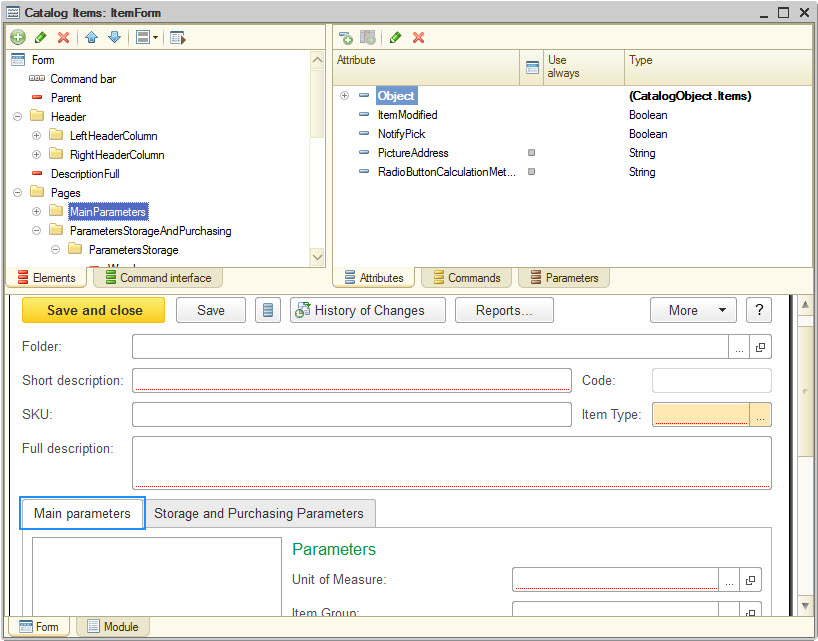 The form designer contains several tabs that provide editing all the form components.

In a separate window, in the bottom part of designer, the external form view is displayed in the 1C:Enterprise mode.

The form designer allows the developer to use a wide range of options to change the external form view – the view which the form will have in the 1C:Enterprise mode. We will list the main of these options:

The form designer allows adding to the form the special items that help to assign to the form its own recognizable style, to make a simple and understandable data access, as well as to place large information content on a limited area.

For example, the document form may contain one item of Group - pages to which multiple items of Group – Page are subordinate with the headers Main parameters, Storage and purchasing parameters and Additional attributes: 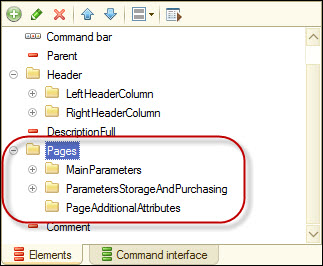 Then in the 1C:Enterprise mode it will look as follows: 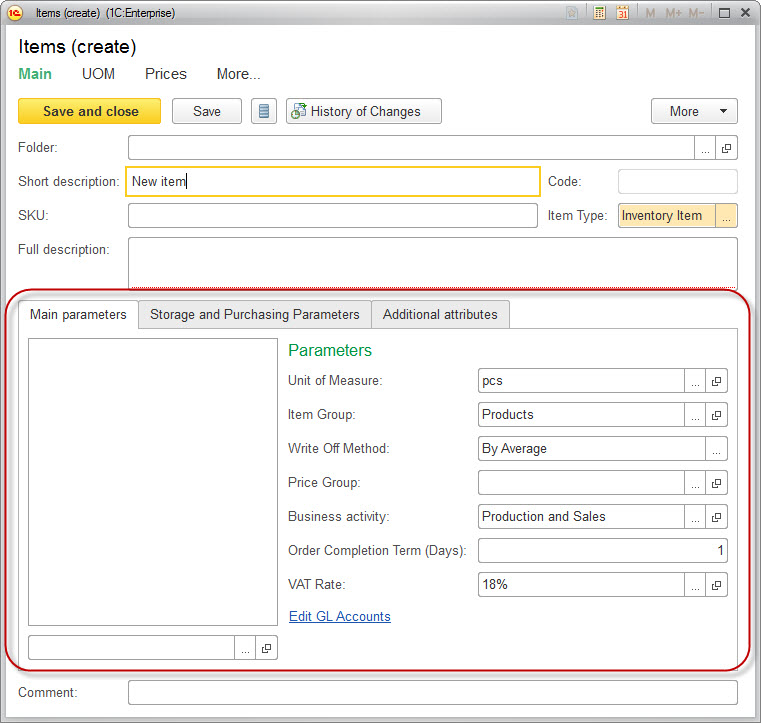 The header of each group – page is displayed on a separate tab. The developer can specify the display mode for the tabs: above or below: 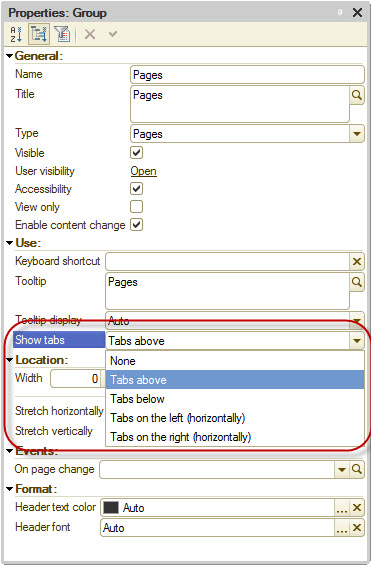 For example, the tabs can be placed below: 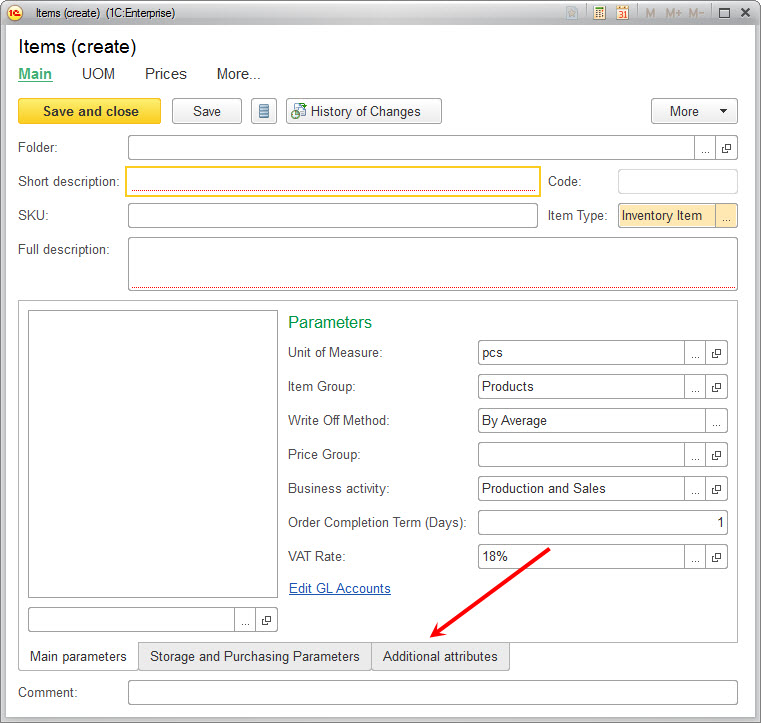 The designer allows adding to the form the various items. It is possible to add the items using the adding commands or by dragging the form attributes to the item tree: 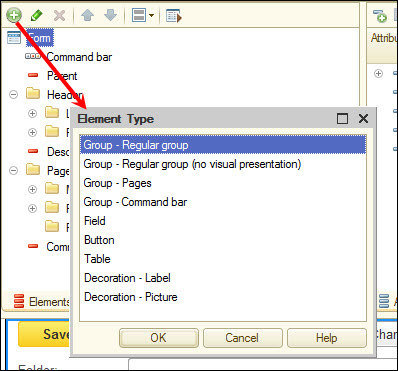 All form items are represented as the hierarchical structure the root of which is a form itself. This allows quickly moving to the necessary form item: 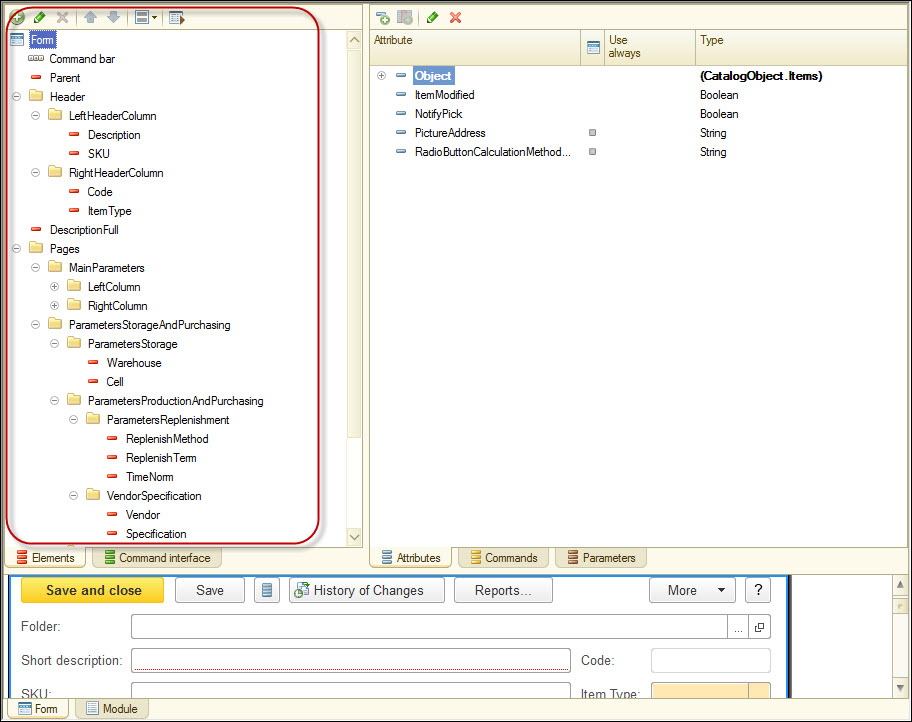 By placing the items higher/lower in a tree, subjecting them to the other items and specifying the properties of items-groups, it is possible to set an order in which the user will come around the form control elements on input and editing the data. In the 1C:Enterprise mode the form items will be come around in the order of their hierarchy and according to the fact what grouping type is chosen for the groups: vertical or horizontal.

The separators are the special items with which it is possible to reallocate the form space without changing its size. The platform in 1C:Enterprise mode adds by itself these items in the form. The separator can be "captured" by the mouse and moved inside the form within its framework subject to the ability to place other items and separator orientation: 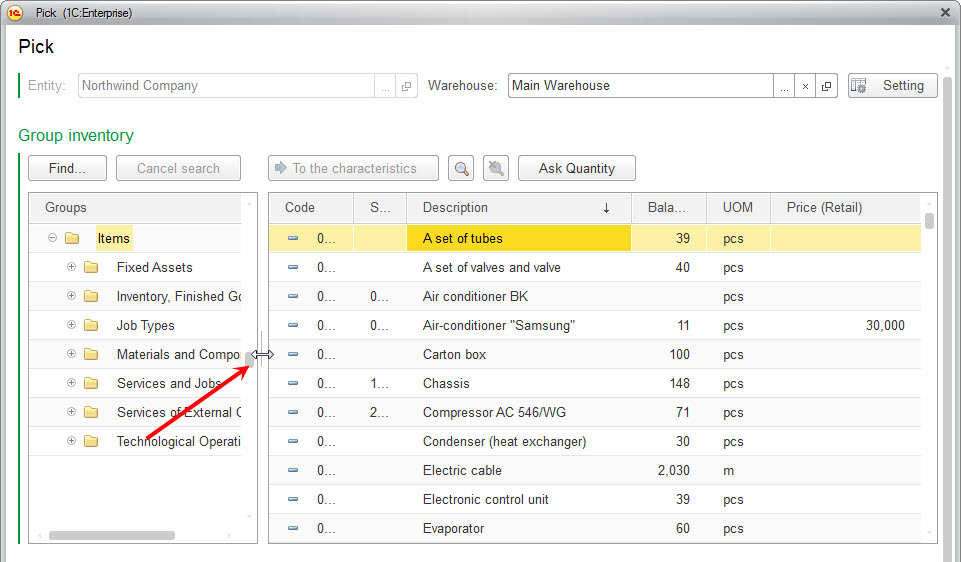 When moving a separator, all the items associated with separator will change their sizes or will be moved: 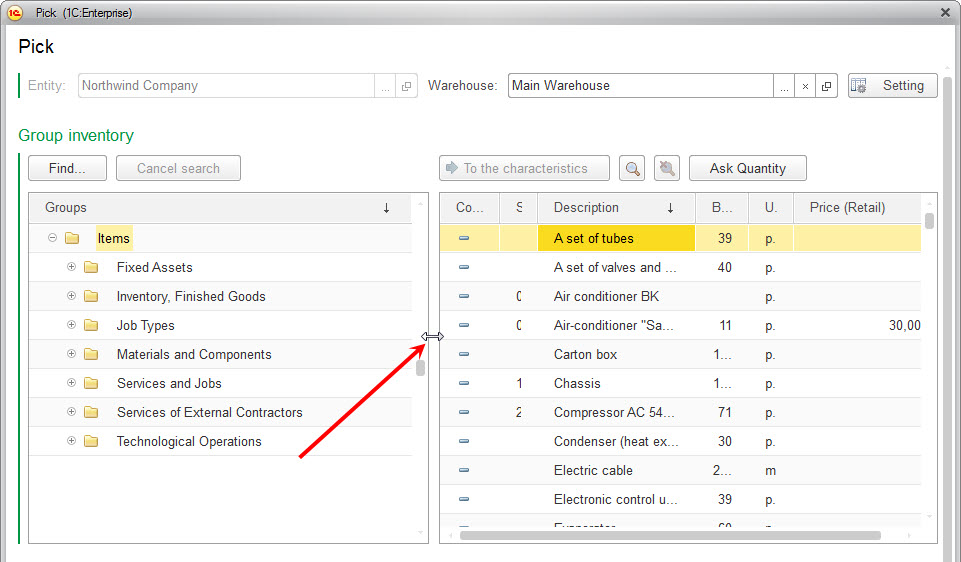 To edit the form module, the Designer calls text and module designer. This designer provides the developer with a wide variety of options to create and change the module text. Read more...

The form attributes are edited in the list which allows creating the new attributes, changing the existing ones and deleting unnecessary attributes. The attribute properties are specified using property palette. 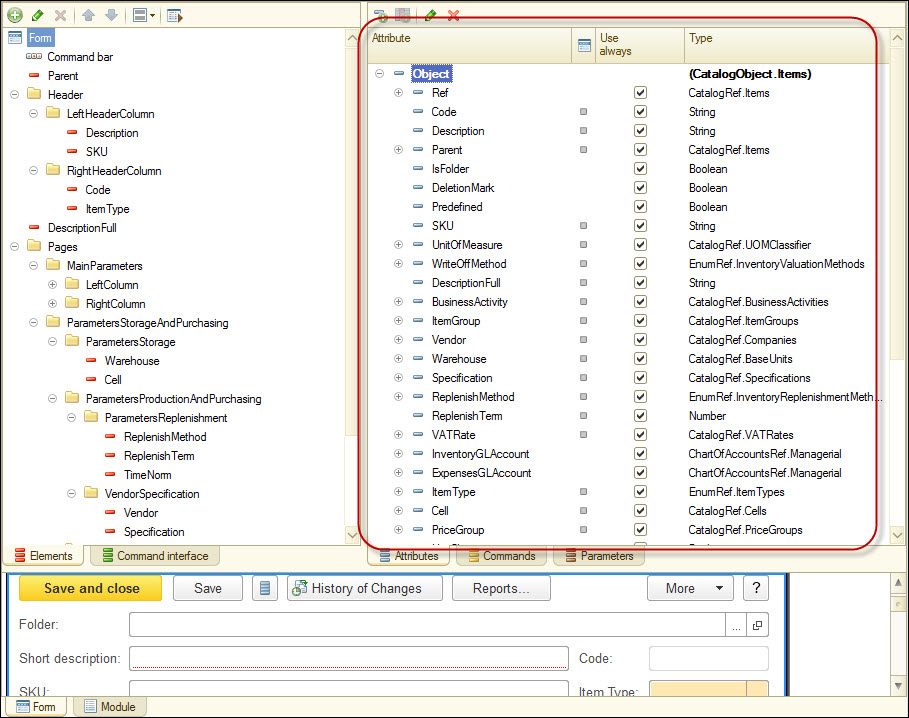 If the form has a main attribute that defines the form behavior different from a standard – it is highlighted with a bold font. 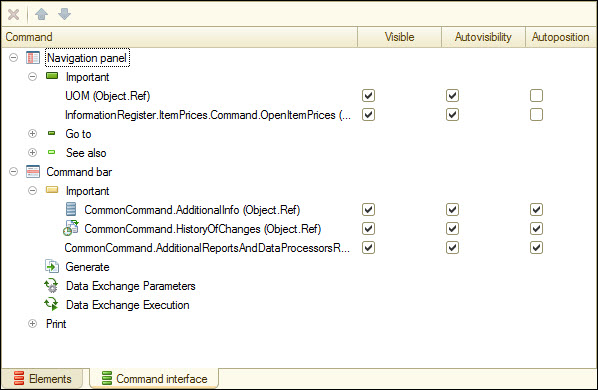 The form commands are edited in the list. The developer can add, delete the form commands and specify their properties using the property palette. Including assign to the command a procedure to be executed when calling this command by the user.

On the tabs Standard commands and Global commands the developer is provided with the lists of commands generated by the platform and available to use in this form. Their properties cannot be changed, it is possible only to add them to the form.

The developer can drag the command using the mouse to the form command interface. Also it is possible to drag the command directly to the item tree, if it is necessary, for example, to display this command as a button located in the form. 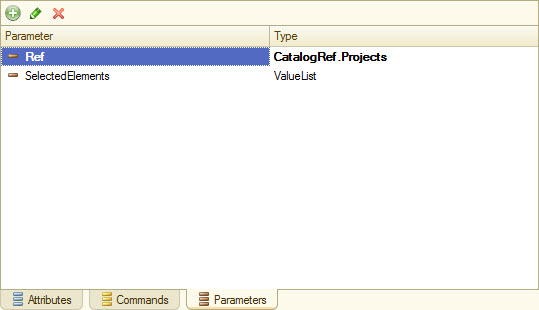